A Brief History and Timeline of T-shirts

With a history of over 100 years, t-shirt has become a clothing and fashion staple around the world. From the smallest clothing boutiques to the high-end luxury brands, most of the clothing companies have their own rendition of the t-shirt.

And all that for a very good reason -- T-shirts are slip-on garments that take mere seconds for you to wear and they are very low maintenance. Whether you prefer plain tees or t-shirts with printed slogans, chances are, your closet is full of them.

But how did the t-shirt become one of the major fashion staples in the world? Let’s find out.

The evolutionary journey of t-shirts

The origin of t-shirt dates back to the 19th century, when industrial workers used it as a single piece (union suit) or two-piece (long john) undergarment. But it was the use of t-shirts in the army, which popularized this piece of clothing.

During the Spanish American War in 1898, the first t-shirt was manufactured for the soldiers. The garment was formally launched for submariners in 1913. Later, the US Navy adopted it as standard undershirts. In 1920, t-shirt also secured its name in the Merriam Webster’s Dictionary.

It was in the 1950s that companies in Miami and Florida started experimenting and selling decorated t-shirts. However, the credit for widespread publicity of the t-shirt goes to Marlon Brando, who first wore it in 1951.

Later, in 1955, James Dean brought another trend by wearing t-shirts with ‘Rebel without a Cause’ printed on it. This was for the publicity of his film with the same title. The promotions from him and other Hollywood stars added immediate glamour to the modest t-shirt.

The prints, colours and messaging

In 1950, Tropix Togs, a Miami company, purchased exclusive rights from Disney to print Mickey Mouse and friends on T-shirts to promote tourism.

But the actual revolution started in the 1960s when t-shirts became a medium of self-expression. People used it as a canvas to portray their favourite music, ideologies, and social causes that they believed in. From album artwork of the Rolling Stones or Pink Floyd, to ‘I heart NY’ and peace signs -- t-shirts were everywhere.

This was also the time when the apparel was decorated with a splash of colour and tie-dyed t-shirts became popular.

The last three decades gave a facelift to t-shirts. Industries explored a variety of designs and styles. The idea of customised t-shirts was highly appreciated to suit specific genders, body types and preferences. Fun slogans, empowering messages and pictures on t-shirts has become very popular, especially among teenagers and young adults.

Today, t-shirts are one of the most preferred promotional products and are widely used during contests, charity shows, and other events. Even the biggest luxury brands that only made couture garments before, have ventured into t-shirts.

Originally designed for industrial workers and soldiers for sheer comfort; today t-shirt is a part of the typical modern wardrobe, regardless of a person’s social status, and it’s definitely here to stay. 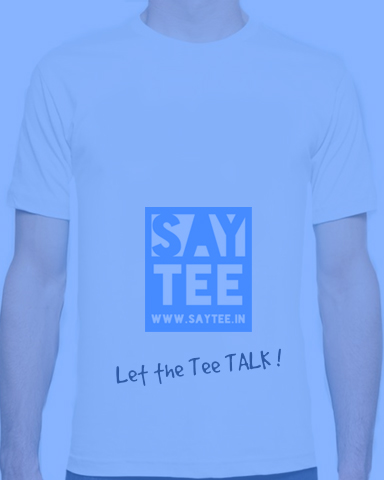